Setting up your own Ruby gem repository has never been easier. MyGet allows you to host public or private package feeds to publish your own Ruby gems and mirror open-source gems from upstream sources like RubyGems.org.

Once uploaded, you can use industry-standard tools like RubyGems to install gems from MyGet in your local environment, as well as install/manage dependencies, scan your hosted gems for license compliance and vulnerabilities, and more.

This article will guide you through the process of creating your Ruby gem repository in a MyGet feed and uploading your first gem.

Creating a new feed for your Ruby Gem

In MyGet, Ruby gems live in repositories we call “feeds.” Feeds allow you to curate a custom assortment of packages in one container, including NuGet, npm, Maven, Bower, PyPI, PHP Composer, and of course, Ruby gems. 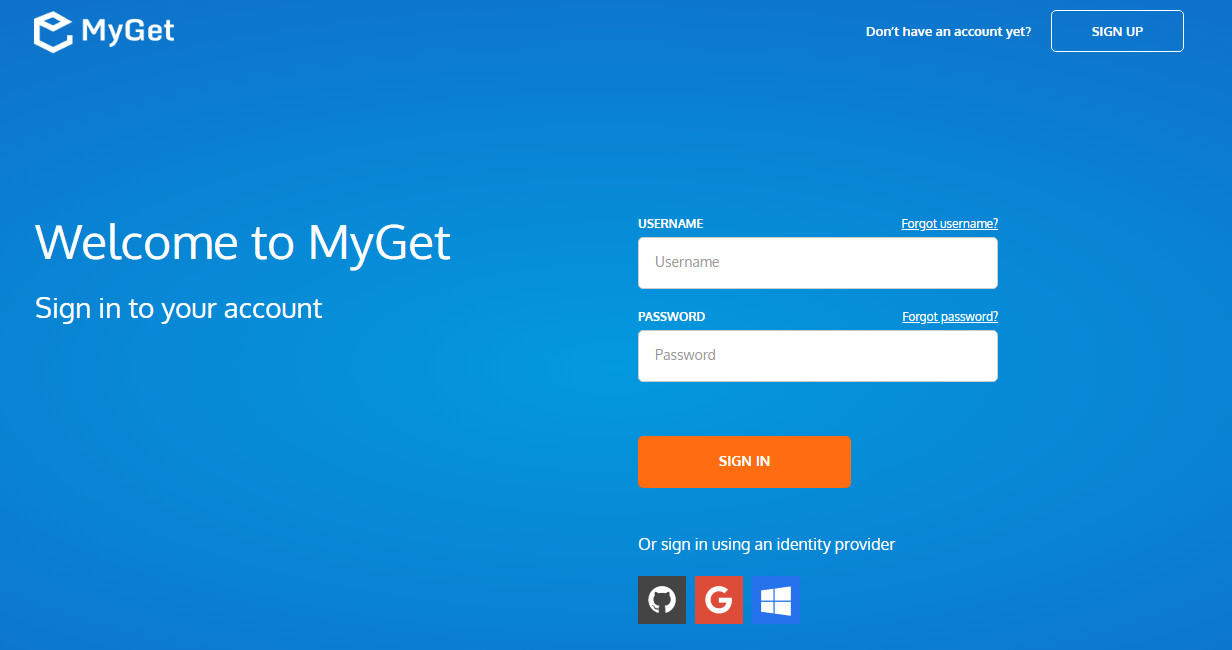 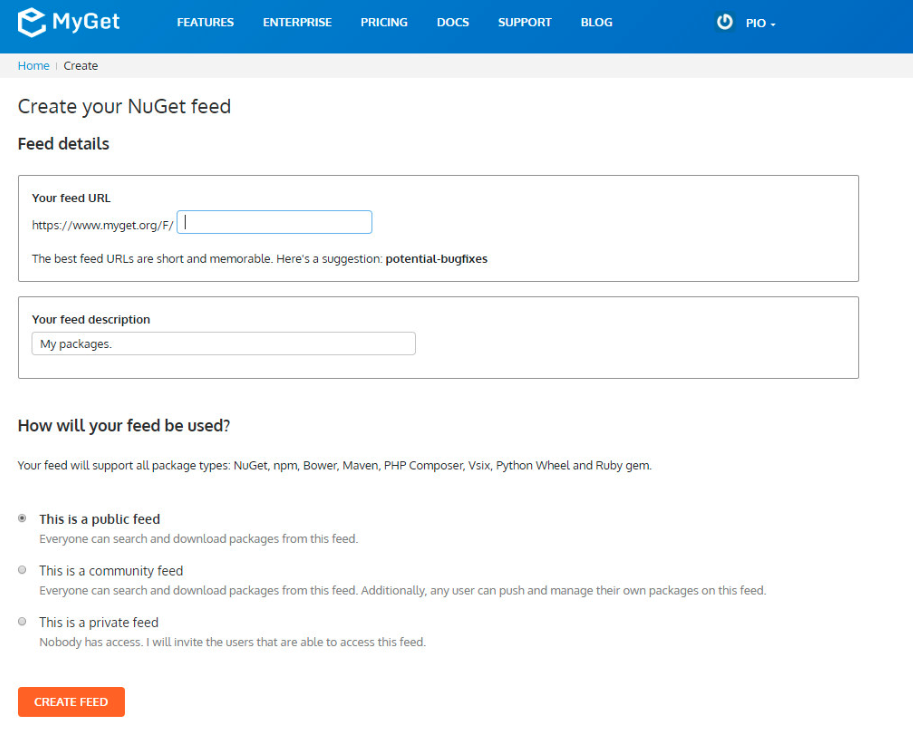 Add a gem to your MyGet feed

a) From Feed (upstream source). To add a gem from RubyGems.org to your MyGet feed, click “Add package” and select the “From Feed” tab. From here, you can search any gems published to RubyGems.org and add them as a reference to the gem hosted by RubyGems.org or import the actual gem file to your MyGet-hosted feed. 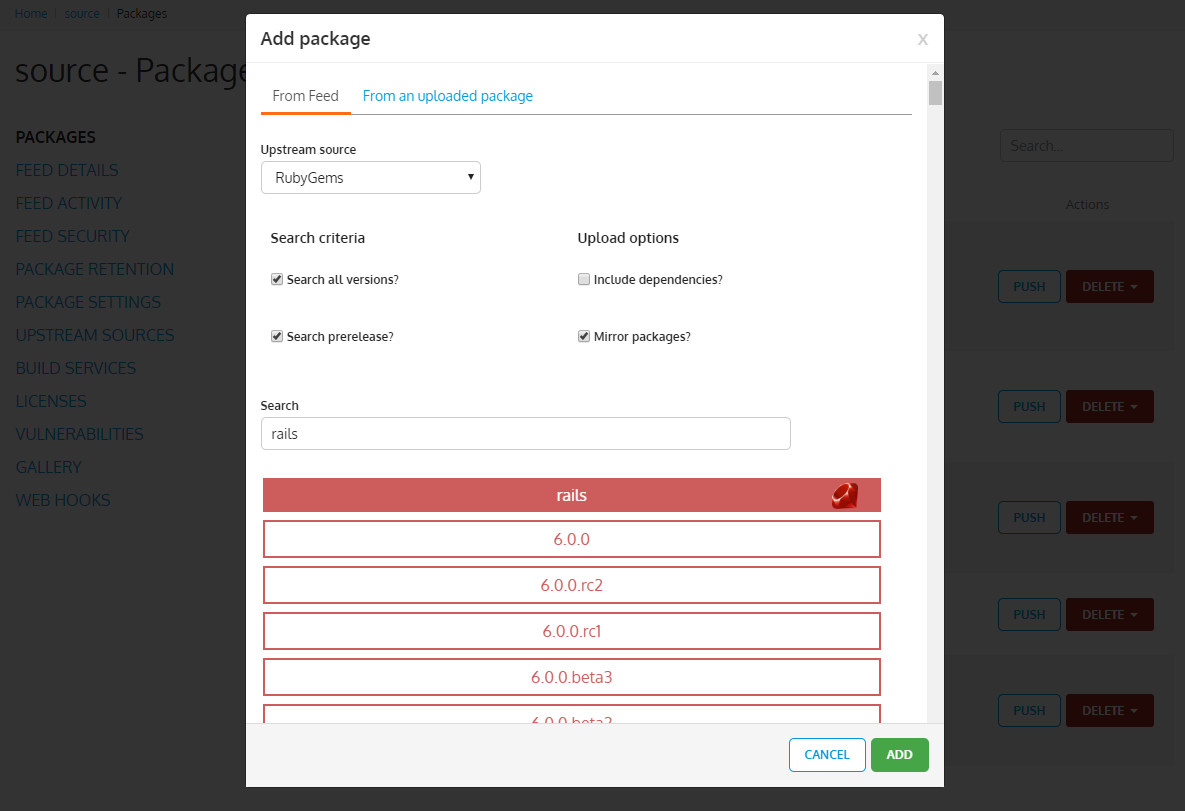 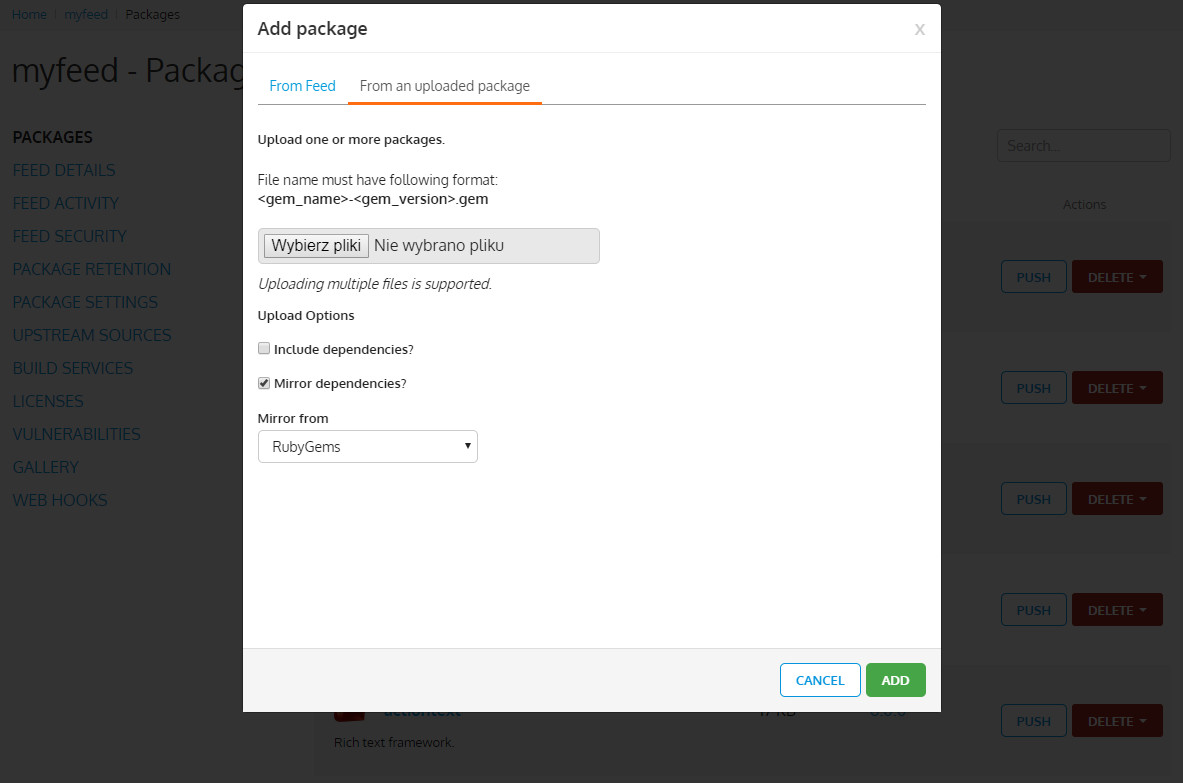 This way, you can make packages from multiple community package hosting sites (like RubyGems.org, NuGet.org, npmjs.org, etc.) directly available via your MyGet feed, whether or not you have previously added them. 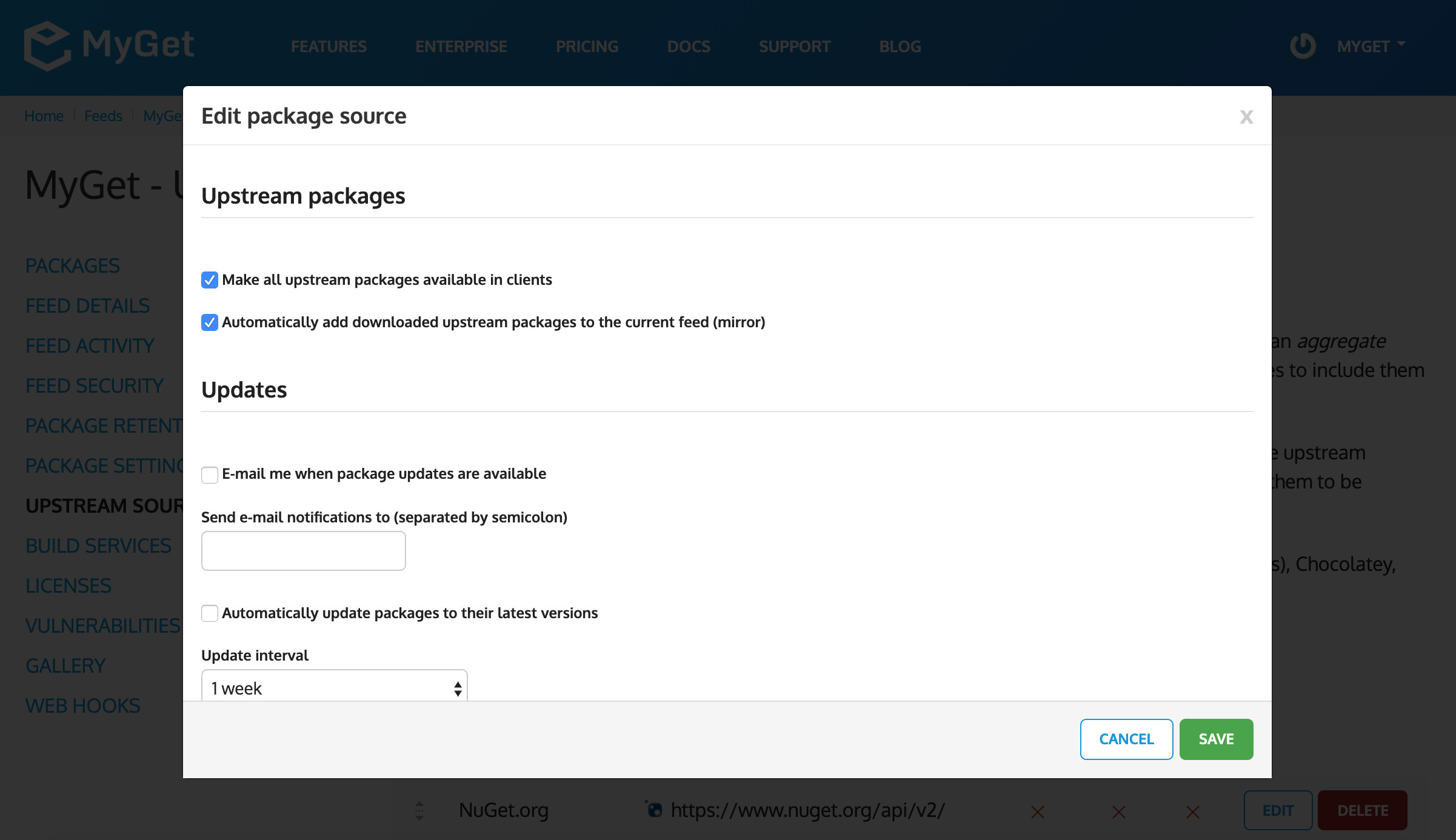 Pushing a gem package to your feed from the command line

You can easily upload a gem package through the MyGet.org website, but you can also push a gem from your command line if you would like using the cUrl utility and API key from your MyGet account.

(You can find your API key under the “Feed details” tab from your feed homepage. This key is automatically generated for you while you are adding a new feed.)

Working with your gems on MyGet

After adding gems to your MyGet feed repository, you can download the gems directly from MyGet.org, install them using the RubyGems installer, or publish new gems to MyGet from your local machine with Bundler.

To fetch and install packages with the rubygems tool, you need to specify URL under which your repository (feed) can be found.

a) If your MyGet feed is set to public or community access, you need only to specify the URL associated with your feed as in the example below:

b) If your MyGet Feed is private, you will need to include your MyGet username and password in URL specified during installation:

or you can use the api key for your feed like this:

For your convenience, we recommend configuring MyGet as a source in your rubygems tool, so that rubygems always looks to MyGet when installing gems. You can set rubygems to authenticate with MyGet using a username/password or API key.

Configuring rubygems to install from MyGet with a Username/Password:

Configuring rubygems to install gems from MyGet with an API key:

After that you can install gems from your MyGet feed by simply invoking the command:

MyGet doesn’t technically have a gem server repository under the hood, but it emulates it. When you invoke the gem install command, MyGet will attempt to return the package as well as any specified dependencies in the gem’s .gemspec file. This means that your gem and all its dependencies should be uploaded or mirrored to your MyGet feed before installation so that the gem tool can correctly install them.

If you haven’t installed your gem’s dependencies on MyGet but already have them installed in your local environment, installation will also be successful.

However, if you don’t have needed dependencies locally or in your MyGet feed, gem install will fail on request for specs files (so-called ‘gem index’).

Next steps with MyGet Ruby gems

In addition to hosting your own public or private Ruby gem repository feeds, once you have uploaded gems to your MyGet account you can take advantage of MyGet’s other package management features, such as:

Found an issue with the documentation on this page? We accept contributions!
Read our contribution guidance or edit this page's source on GitHub.
Get support Request a feature Contribute to our docs Export this page to PDF